Author’s Note: I purchased this underwear using my money – although with a promotion code – and this post is not sponsored.

I love discovering startup underwear companies (Anderson/Chiles, Twisted Wrapper, Boxerkilt) and innovative designs. Thus, I was excited to learn about a new underwear company called In Common and its Better Boxer Brief. The name stems from the company’s mission to focus on what humans have “in common” with each other. Underwear is one example of what we all have “in common.”

Having satisfied my ordering criteria – its modal underwear – I purchased their Better Boxer Brief. In Common notes its compostable packing is environmentally friendly, which is fantastic, although I wasn’t sure how to compost it or recycle it. Nonetheless, I support companies that want to help the environment in any way, especially in the notoriously wasteful fashion industry.

Of course, the first thing I noticed when putting them on was the softness of the modal fabric. While I have a ton of underwear made from modal, what’s cool about In Common’s Better Boxer Briefs is that they are 93% modal and 7% Spandex. Most modal underwear is 95% modal and 5% Spandex. A higher Spandex content means greater comfort as the fabric can stretch and move with you more. That extra 2% is fantastic, although not as luxe as my Calvin Klein modal boxer briefs with 8-10% Spandex content.

These boxer briefs perform precisely how I want them to: utterly comfortable throughout the day without noticing I was wearing them. They never bunched up or gave me a wedgie. The waistband is super soft, and I loved that it was a dark blue color to offset the deeper red primary color. I also felt confident wearing them, considering how good I looked without pants.

Since I first bought these boxer briefs in mid-February, I happily report they are still doing very well for me. Unlike my Saxx Ultra boxer briefs that got looser over time, my In Common Better Boxer Briefs are as comfortable as the first time I wore them. Keep in mind, though, that I always air-dry my modal underwear, which In Common also recommends. Air drying reduces wear, especially on a lighter material like modal.

Overall, I am pleased with my purchase of In Common’s Better Boxer Brief! They are genuinely better than a lot of men’s underwear out there. If you are looking for the technical details before purchasing, see below for my summary.

As always, I review my underwear using a series of eight categories. These eight categories make it easy to compare different brands and styles, and it also makes it easy for guys to zero in on what is essential when buying new underwear.

Tell me your experience with In Common’s Better Boxer Briefs or any of their underwear in the comments!

Bamboo boxers – such as from Chill Boys – are also environmentally friendly and as soft as modal! 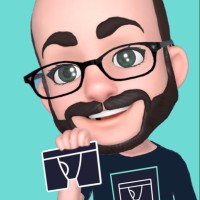